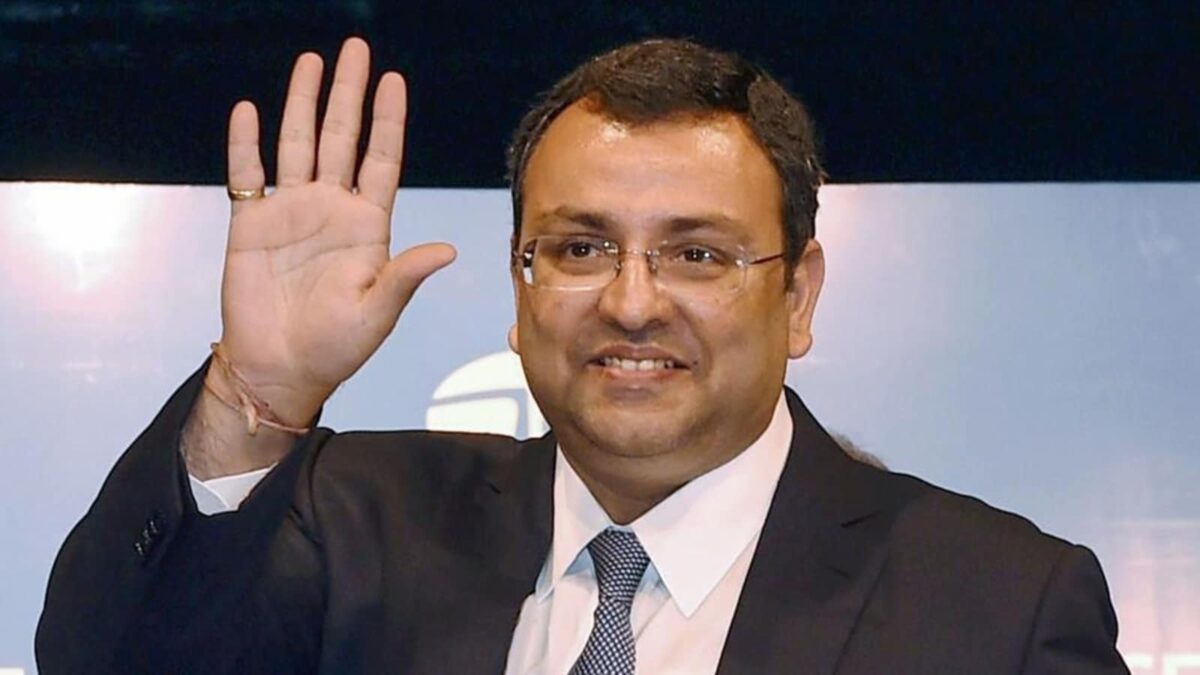 On Sunday afternoon, Cyrus Mistry, the former CEO of Tata Sons, was killed in a mishap on National Highway 48 in the Palghar region of Maharashtra. Mistry (54) was travelling from Gujarat to Mumbai with three other people.

Around 3.15 pm, a Mercedes swerved out of control, collided with a road divider, and slammed into a wall on the Charoti bridge over the Surya river, killing two people, including Jehangir Pandole, Director at KPMG Global Strategy Group And Cyrus Mistry.

Leading Mumbai gynaecologist Dr. Anahita Pandole, who was driving the car, and her husband Darius Pandole, who was in the front passenger seat, were both seriously hurt in the collision. They were transported to a private hospital in Vapi, Gujarat, and are now there.

The late Jehangir Pandole’s sister-in-law is Dr. Anahita Pandole. Jehangir Pandole was seated next to Mistry in the Mercedes’ back seat, which was behind her. Internal wounds caused the deaths of both men.

“The two deceased seated in the back were not wearing seat belts due to which their airbags did not activate,” a police official from Palghar’s Kasa stated. They became trapped between the front and back seats when the car crashed.

The Mistrys are close friends with the Pandoles. Managing Director and CEO of the PE & Equity AIFs at JM Financial is Darius Pandole. When Cyrus Mistry was fired from his position as head of the Tata Group, he resigned from the board of Tata Global Beverages Limited (TGBL), where he (Cyrus Mistry) had previously served.

Dr. Anahita Pandole is another activist who brought a Public Interest Litigation (PIL) against unlawful hoardings in Mumbai to the High Court.The three Pandoles had gone to Udvada in Gujarat for a prayer ritual, and Mistry had accompanied them. They were returning to Mumbai on Sunday.

According to sources in Mumbai, Darius Pandole’s airway became blocked as a result of a bilateral jaw fracture. According to a source, the jaw was removed by a maxillofacial surgeon, and as a result, his airway is now clear and he is stable.Dr Anahita Pandole has a fractured hip and and a collapsed lung. She will be airlifted to Mumbai early on Monday, sources said.

The severely injured Pandole couple was transported to Rainbow Hospital in Vapi by police officer Yogesh Avtar. “Anahita Pandole and Darius Pandole were brought to our hospital in a very terrible state,” hospital doctor Tejas Shah said. Their blood pressure had decreased, and so had their oxygen saturation levels. They are traumatised and have several fractures. Their BP and O2 saturation, however, have improved. We have been informed that a medical team from Mumbai is visiting them.

Cyrus Mistry and Jehangir Pandole’s bodies have been stored at a government hospital, and they will be transported to Mumbai for a postmortem at the government-run JJ hospital.

The National Highways Authority of India (NHAI), which is in charge of NH48, said Suraj Singh: “The highway has six lanes. There are three lanes on the bridge going to Gujarat, while there are two bridges going to Mumbai, each with two lanes. Due to the vehicle’s high speed, drivers must make a tiny bend, which Anahita Pandole might not have done.

Dr. Anahita Pandole had taken the new bridge over the Surya river at Charoti, which is around 120 kilometres from Mumbai. Police reported that she was speeding and that no other vehicles were involved in the collision.

“They were leaving Gujarat and returning. At the wheel, Anahita Pandole was making a left turn to pass another car. The Surya river bridge is where the route narrows from three lanes to two. Balasaheb Patil, the police chief of the Palghar district, said that the woman “rammed into the edge of the bridge.”

Singh said no damage had been caused to the bridge, but the crash barrier had some scratches. Maharashtra Deputy Chief Minister Devendra Fadnavis has ordered an in-depth investigation into the crash.

Mistry was ousted as chairman of Tata Sons, the holding company of the $300-billion salt-to-software Tata conglomerate, in a boardroom coup in 2016, sparking a long-drawn-out legal tussle on which India’s top court eventually ruled in Tata Group’s favour.

The premature death of Shri Cyrus Mistry is shocking, the prime minister of India, Narendra Modi, tweeted. He was a bright businessman who had faith in India’s ability to prosper economically. The business and industrial worlds have suffered greatly since his demise. We send our sympathies to his family and friends. May he rest in peace, his soul.

“Deeply shocked to learn about the awful news of the untimely death of the former Tata Sons Chairman Cyrus Mistry,” NCP leader Sharad Pawar wrote in a tweet. He was a vibrant and accomplished businessman. One of the biggest stars in business has passed away. The Indian industry has suffered an irreversible loss. To his family and friends, I offer my sincere sympathies.

The abrupt and untimely death of Mr. Cyrus Mistry saddens me tremendously, said N Chandrasekaran, Chairman of Tata Sons. It is terrible that he died at such a young age because he had a passion for life. My sincere thoughts and prayers are with his family during this trying time.

“Shocked and profoundly saddened to learn about the passing of Former Chairman of Tata Sons Shri Cyrus Mistry in a tragic accident in Palghar,” deputy chief minister Fadnavis tweeted. Please accept my sincere sympathies to his family, friends, and coworkers. Shanti Om. spoke with the DGP and gave the go-ahead for thorough inquiries.

Chief Minister Eknath Shinde said, “It was shocking to hear the news of death of former Tata Sons head Cyrus Mistry. He was not only a successful industrialist but a young and future oriented individual. We have lost a talented industrialist. His death is not only a loss of Mistry family but India’s industrial sector. My heartfelt condolences on his unfortunate demise.”

Union Ministers Nitin Gadkari, Smriti Irani, and Piyush Goyal, as well as opposition figures Supriya Sule and Shashi Tharoor and business moguls Anand Mahindra and Harsh Goenka, were among those to offer their sympathies.