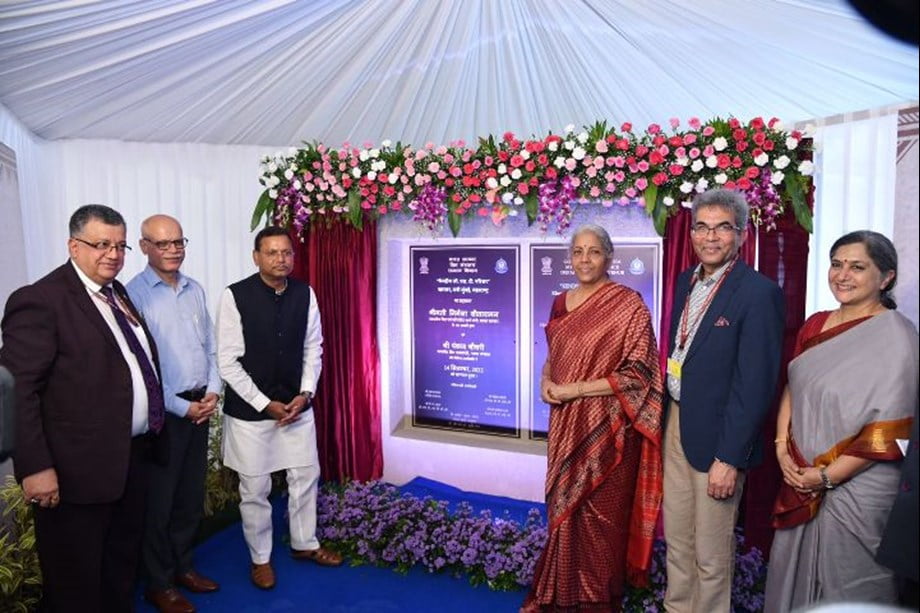 The Finance MInister praised the functioning of the department and mentioned that even Prime Minister Narendra Modi has taken notice of it.

PANVEL Union Finance Minister Nirmala Sitharaman has announced that training in artificial intelligence, deep analytics, and the Internet of Things (IoT) will soon be provided to revenue staff across the nation, especially the junior staff, in an effort to close the gaps in GST collection and catch the system’s “rare” colluding “black sheep.”

She praised the performance of the department, noting that even Prime Minister Narendra Modi had taken notice.
On Wednesday, Sitharaman spoke at the Kendriya GST Parisar’s inauguration ceremony in the Kharghar node of Navi Mumbai, which is home to the CGST and the Central Excise Mumbai Zone. The minister who gave the event’s keynote presentation also gave the first five residents of the residential complex their house keys.

In response to questions about her plans for the agency, the minister stated: “I have had a brief conversation with the revenue secretary and Central Board of Indirect Taxes & Customs (CBIC) chairman, requesting that training be given to the staff for better utilisation of artificial intelligence, data deep dive, and Internet of Things (IoT).”

“It will enable the use of technology to detect where revenue leakages are happening, where troublemakers or people who are gaming the system or playing it up, claiming incorrect refunds, probably creating shell companies, or even worse, colluding with some, black sheep in the system thereby causing loss to the exchequer,”Finance Minister said.

She continued by saying that if the younger officers received proper training on this, it would be simple to identify the sources of fraudulent claims, where they were coming from, and how to stop them.

The Finance Minister expressed his gratitude that the families of the employees would have decent accommodation and added, “It is tough in a city like Mumbai metropolitan region to obtain homes even if you earn a housing allowance. This excellent project serves as an illustration of how to manage human resources.

In praising the GST department for its ongoing superior performance, Sitharaman stated, “Prime Minister Narendra Modi has himself made a particular mention of the CBIC in a council of ministers meeting attended by secretaries of all departments of the government. He has stated that the economy of the nation is strong, that it is expanding nicely, and that we are receiving staggering amounts of GST revenue each month.

‘Not my photo please’

Sitharaman, who handed the first recipient the allotment letter, found it humorous to see her picture on the symbolic key she had to pass over during the event. In order to conceal her image, she turned the key while presenting. She then simply gave away the allotment letters rather than granting access to the other keys.

Speaking about her behaviour, Sitharaman clarified, “There should not be any misunderstanding over my banter with the revenue secretary and CBIC chairman. Earlier this month, I chastised a collector in Telangana for the absence of the portrait of PM Modi in a PDS shop. The sole reason was that I didn’t want my picture on the residents’ keys. The key should have the occupant’s photo on it so they can keep it as a keepsake.